The Voice of the Unborn Bell, blessed by Pope Francis, has arrived in Lviv, Ukraine. It reminds us that everyone has the right to be born and to live. It is also a voice of warning – says Fr. Tomasz Kancelarczyk, from the Little Feet Foundation, who delivered the bell to Ukraine. 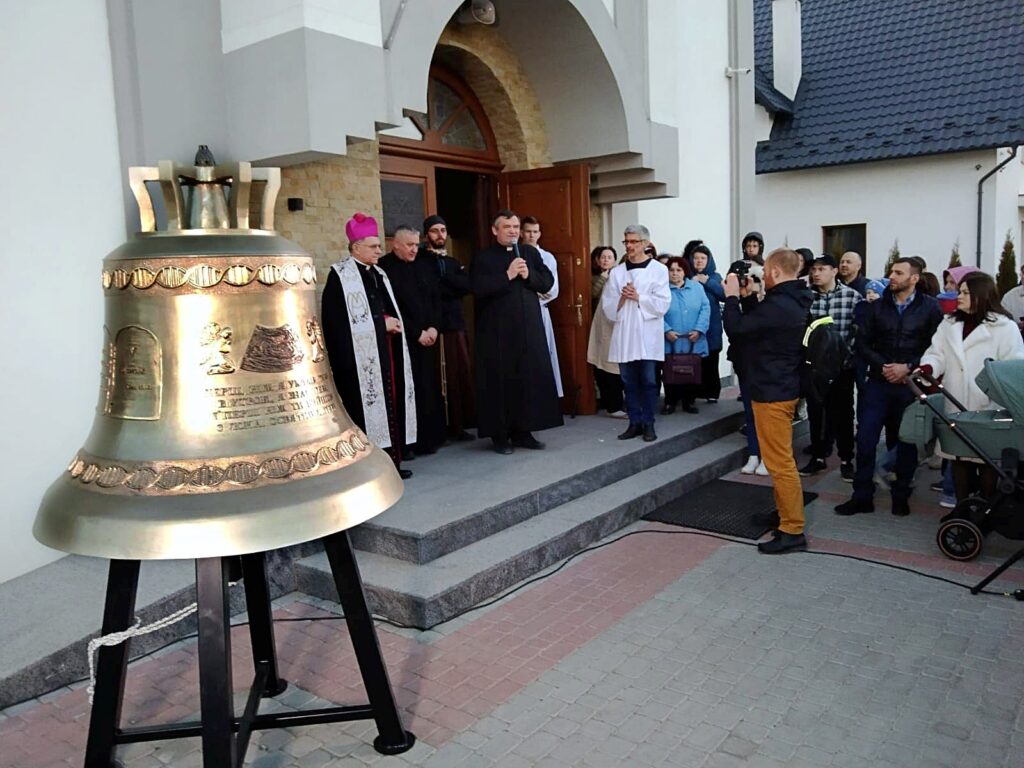 The Voice of the Unborn Bell, cast especially for war-torn Ukraine, was donated to the parish of St. John Paul II in Lviv.

You cannot ask for peace while waging war against the weakest

On 24th March, he participated in the ceremony of handing over the bell, which will travel around Ukrainian parishes and called for respect for the gospel of life.

“You cannot ask for peace while waging war against the weakest,” emphasizes Fr. Tomasz Kancelarczyk.

The priest points out that the introduction of the bell just before the feast of the Annunciation, which is celebrated in the Church on 25th March, is not accidental.

“The words of the Lord Jesus in the Sunday Gospel about conversion remind us of the need to change hearts. The Voice of the Unborn Bell is on the one hand a voice of warning, but also a call to the sanctity of life. It is supposed to stimulate us to adore life and that its enormous value should always be in the heart not only of the Church, but also of every human being,” says the president of the Little Feet Foundation in Szczecin.

A bell that tolls the alarm and awakens consciences

The priest emphasizes that admiration for the beginning of Jesus Christ’s life should lead to admiration for the beauty and greatness of human life. “This admiration leads to adoration of life in its practical dimension: helping pregnant women; it is expressed in respect for them and readiness to help and care,” explains Fr. Kancelarczyk.

He points out that the military war in Ukraine is fought in parallel with the spiritual war. The Voice of the Unborn Bell sounded in Lviv as a voice of respect for the dignity of life,” says the priest.

After the Voice of the Unborn was introduced to the Lviv parish, a solemn Holy Mass for peace was celebrated.

In addition to the bell, people in Lviv also received material gifts worth over 200,000. PLN. Among them were: medical supplies, medicines, food for children.
“These people need not only material things, but also something immaterial: fortitude, love of the homeland, courage, and this cannot be bought with any money. I have a feeling that we have done a good job by handing over this bell, but also many necessary articles,” adds Fr. Tomasz.

The bell for Ukraine was dedicated by Pope Francis on 27th October, 2021 in St. Peter Square in Rome. Such a request was addressed to the Holy Father by the Foundation YES TO LIFE, which through various initiatives and projects actively reminds about the need to protect human life from conception until natural death. One of its most important initiatives are the „Voice of the Unborn” bells. 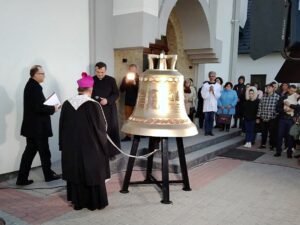 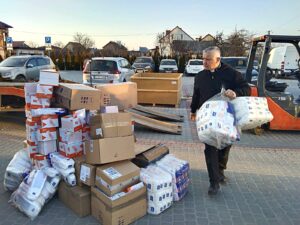 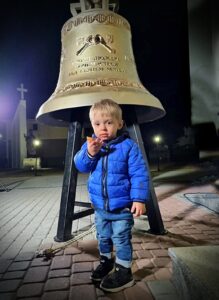 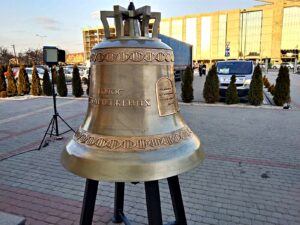 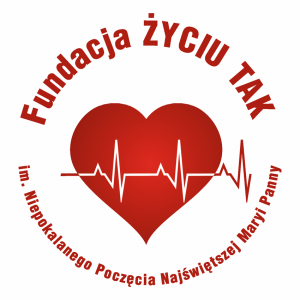